Awakening is a huge topic of interest and it has become one of mine too. Initially, I assumed it could end up with a lot of discrepancies if it were a deus-ex machina boost as there are so many devil fruit abilities, but Oda’s shown he has a method to his madness.

Without further ado, I shall proceed to breaking down awakening and elaborate on the results of my findings.

Awakening is the full manifesting of a Devil fruit’s full power; it’s a phenomenon that occurs when one has fully learnt to control their devil fruit.

A simple analogy to explain awakening would be it’s more sensible to be able to ride a bicycle with perfect control at high speeds before upgrading to a motorbike or accidents will occur; the same is synonymous with Devil fruits, you don’t get to use the full potential of an ability when control isn’t adequate or it becomes a counter-productive and useless power.

Devil fruits as we know endow one with powers; unbeknownst to us, there exists another side to these Devil fruits which is called awakening. I will be breaking up devil fruits into 2 sub-divisions:

The user’s role and levels of Devil fruit control

According to my findings, awakening is dependant on 1 factor which is perfect control over a Devil fruit at its “Baby-stage”. How did I come to such a conclusion? One has to read Joker’s analysis of Luffy before he boasts about awakening as answered in the spoiler below. 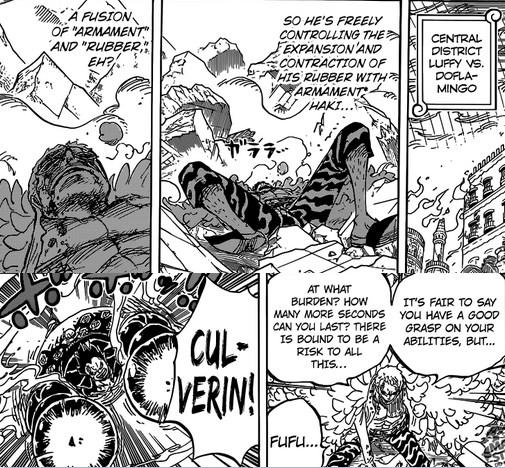 Based on this, it seems rather conclusive that only perfect control is necessary for one to awaken.
Simply put, there are 2 levels of Devil fruit control:

Joker: Listen up hatchlings, Devil fruits have a whole other stage to them; it’s called “Awakening”. Very rarely, an ability will “Awaken” and begin to affects things other than the user’s own body.- Powermanga Translation 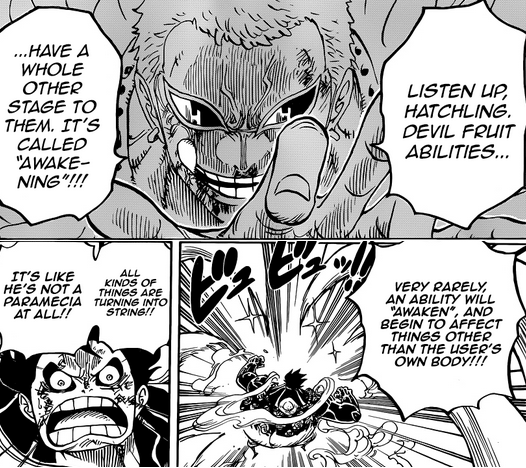 The first thing to notice is he never says awakening is rare; however, he just says it’s the next and final stage to Devil fruit progression or development. He only mentions an Aspect of awakening that is rare and that’s when it affects beyond the user’s body like Joker showcasing the evidence of his fruit being awakened.

This external effect is such as buildings turning into strings can be activated or deactivated, so awakened users can affect when their fruits affect their surroundings.

The first Criteria is the ability must allow a user to produce and control substances of innumerable quantities which so far includes two Paremecia, Joker and Trebol along with all Logia.

Being that the purpose of awakening is to increase the effect of an ability, if an ability at the Baby-stage allows one to produce a substance, awakening enhances that ability by increasing the amount of the substance produced.

The question is what is the source of this increase? and this is where the surroundings become important…

If we use Ace, a Logia, as an example and assume Ace was awakened which I believe he was, what was his final and ultimate attack? “Flame Emperor” which was a huge flame ball we can assume requires being awakened. We can also assume he didn’t need to turn trees and buildings into flames, he can just conjure it which means his awakening doesn’t depend on surroundings as a source. 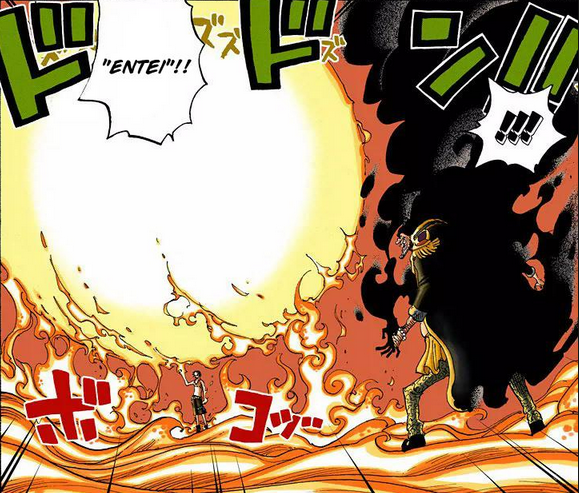 The question that finally arises is why does Ace’s awakening not depend on the surrounding inanimate objects to produce fire, while Joker requires’s awakening requires the surrouding to produce strings?

Perhaps, if the object being produced isn’t intangible like Fire, Sand, Magma, etc. then, it won’t affects the surroundings whereas if it is tangible like strings, it will affect surroundings.

Out of all the people who create and produce a substance that is tangible, those who produce tangible substances are:

And this is why such awakenings are rare; not many DF users will extend their powers to their surroundings besides Joker.

It’s a permanent effect. Where is the sense in being a master at controlling one’s abilities for a moment and then suddenly being bad at it? None whatsoever. How to prove this? The Zoans in Impel-down were awakened and despite losing consciousness, they remained in the same form.

This means awakening is not a temporary power-up since it neither requires stamina or consciousness (like gear 4th) as proven by awakened Zoans and this is also consistent with the theory that it’s a level of mastery which isn’t something lost with consciousness or stamina either.

Also, remember the awakening occurs in the fruit; not on the individual directly. So even though Joker was knocked out, his fruit doesn’t lose it’s status of being awakened except on death of the user where someone else will have to awaken it if consumed. 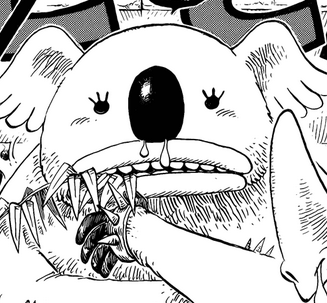 We initially spotted the awakened Zoans in Impel-down and Crocodile mentioned that they had increased resilience due to being awakened. We only saw them in their Awakened-stage, but based on Crocodile’s comment it can be deduced that their resilience is higher than it was in the Baby-stage.

First thing to understand is Zoan Devil fruits naturally and by default increase one’s physical feats and this fruit clearly increased their resistance at the Baby-stage and enhanced this even further at the Awakened Stage. 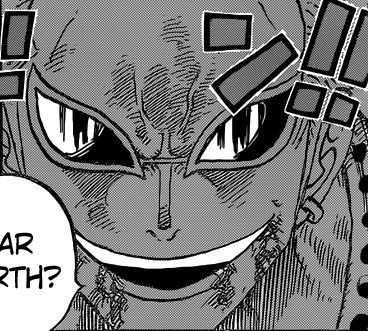 Joker before mentioning he was an awakened devil fruit user showed amazing utility of his Devil fruit. We saw him healing internal injuries; creating clones; manipulating people and using it to fly. It’s fair to say even without the Birdcage and the White techniques (off-white, God thread, etc), he showed excellent control and mastery.

What’s quite clear is the awakened string fruit allowed him to have a larger source of strings which enabled him to produce much larger attacks. 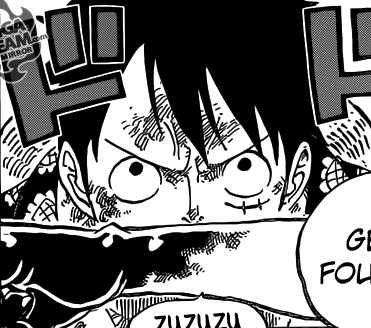 Luffy has shown excellent control over his abilities, his gears show how well Luffy has advanced in manipulating his abilities. Gear 4th however powerful it is cannot be utilized if not being held together by haki and evidently, it shows that he’s not mastered his Devil fruit manipulation as Joker rightly stated. If anything, haki being used with gear 4th is acting as a training wheel in aiding Luffy in learning to maintain this form.

If Luffy can stretch further because of enhanced elasticity and durability, it means: