Will oF D Theory And How to reach Raftel

(you can send an argumented theory about everything related to OnePiece via email at onepiecegoldstaff@gmail.com) 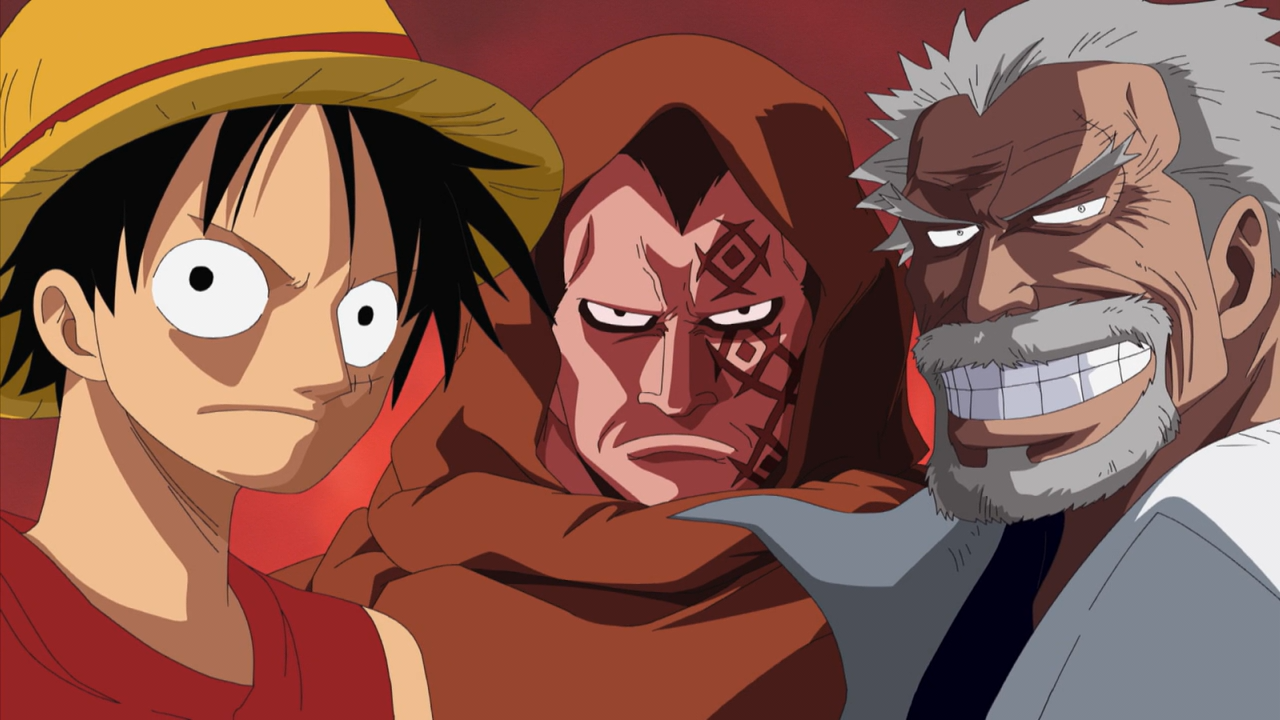 Before writing this theory I always have a doubt about why none of the emperor till now is able to reach Raftel (Only Whitebeard knows its existence as the pirate king told him).
Now as in the manga about Law’s past he was told that there was a kingdom, a place, where a clan used to live called D. And, I think it is the same place that is mentioned in the Robin’s story in OHARA(A kingdom which is destroyed by the world government).
So will of D is the fate passed down to generation to generation from the first pirate king (then Luffy) and both of them are destined to go their to Raftel where all the D came from. The pirate king had discovered it, but as he was suffering from disease he knew that he doesn’t have time to do all by himself so he surrendered himself to the world government. This leads to the execution of the pirate king that takes this opportunity to tell everyone that onepiece is real to keep that will to meet its destin(Raftel). And about why none of the emperor is able to reach Raftel
1)I guess there must be some force opposing or protecting that place from the pirates/navy.That force allow the person to enter Raftel only of if he posses the same fate or will like pirate king.
2)or it is the place which can only be found by voice just like pirate king can hear voice of almost everything. I guess Luffy posses that ability too(do you remember that episode when Luffy said to Zoro that he heard some voice before entering to Fishman Island?)

(you can send your argumented theory about  everything related to OnePiece via email at onepiecegoldstaff@gmail.com)

As of now, we know that Blackbeard has two Devil Fruits within him, the Yami Yami no Mi and the Gura Gura no Mi. One of the most popular theories about how BB could have multiple Devil Fruits is the Cerberus theory. The idea is that prior to eating either two of the previously mention devil fruits, BB consumed a Zoan type DF, which has an inept ability to allow the user to consume and use the power or two other Devil Fruits, making three in total. A possible name for the could be: Inu Inu no Mi, Model: Cerberus.

So if this DF exists the most appropriate type of Zoan for the Cerberus fruit would be the Mythical Zoan type. For one, it is considered to be a rare type of creature and its power is immense.

There are certain instances that support this theory being possible. The Blackbeard Pirates’ Jolly Roger, Shanks’ wound, and a Cerberus’ appearance in the One Piece world already.

The Jolly Roger, or the Pirate Flag, help determine who belong to whose crew. The designs usually reflect the interest of the captain. At other times it may be physical resemblance or the symbols behind them. In some sense, there is a reason or story for every Jolly Roger design.

For some reason, the design of the flag of the Blackbeard Pirates show three (3) skulls side by side. There hasn’t been any explicit reasons for this but it might be revealed. 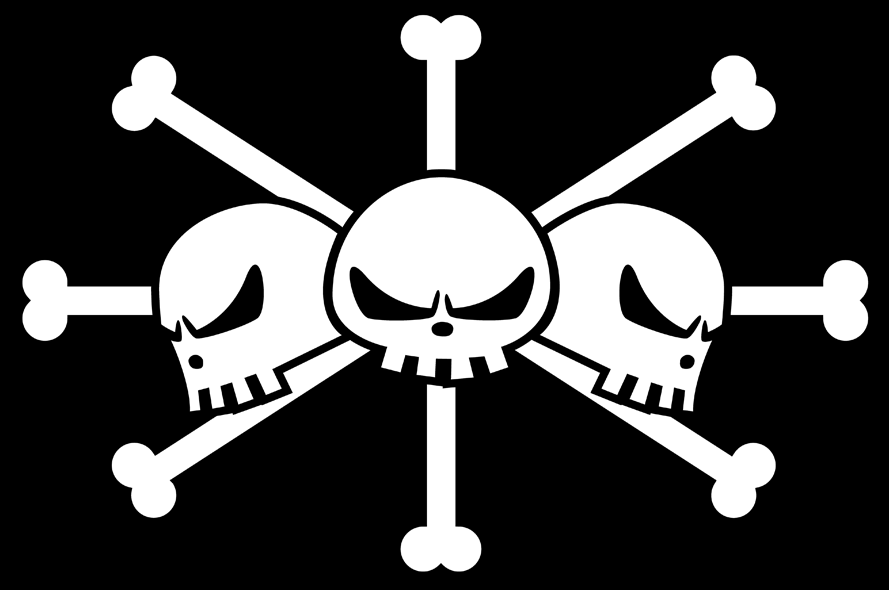 Due to this, some think that the flag resembles the skull structure of a Cerberus.

One other instance that aids the Cerberus claim, it is the wound on the left eye of Shanks. It consists of three diagonal scratch marks. 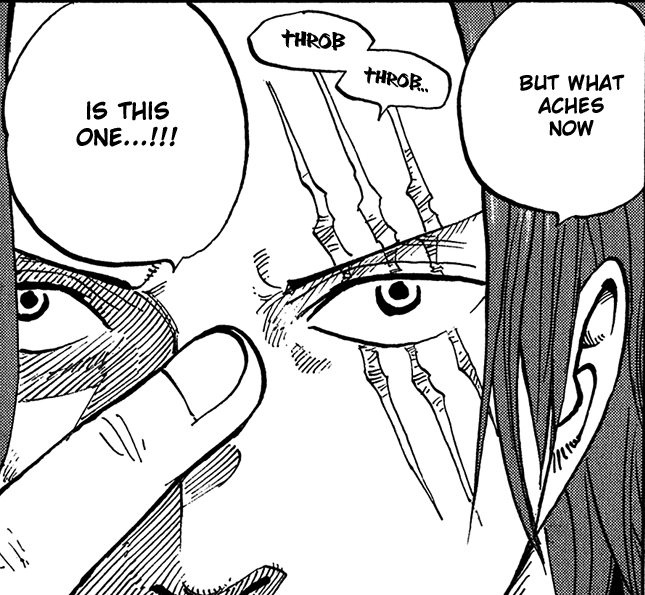 In Chapter 434, Shanks speaks with Whitebeard about Ace and eventually about Blackbeard as well. Shanks tells him that it was Blackbeard that caused the wound. 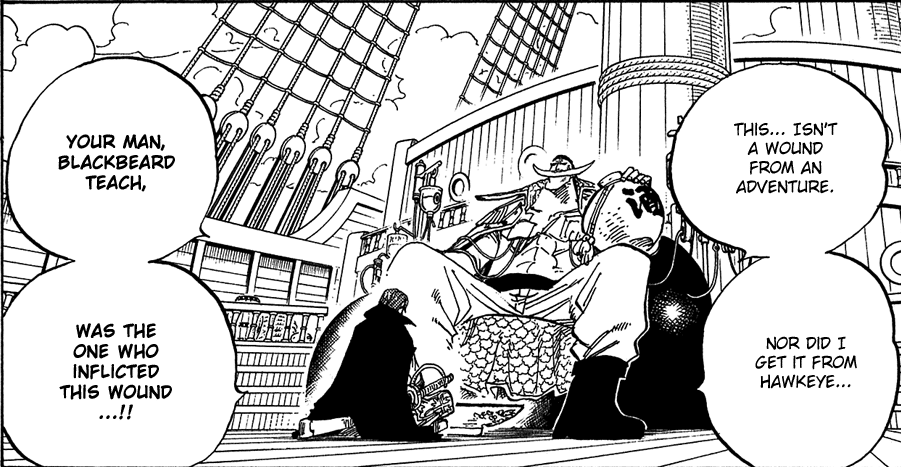 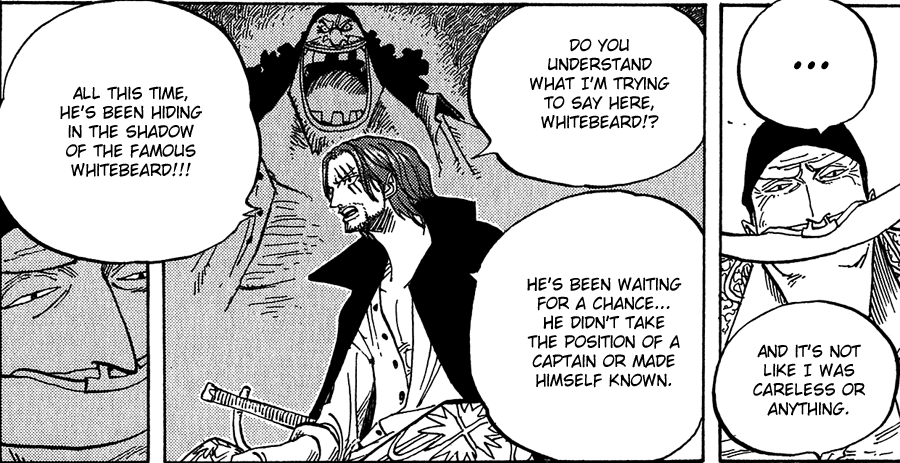 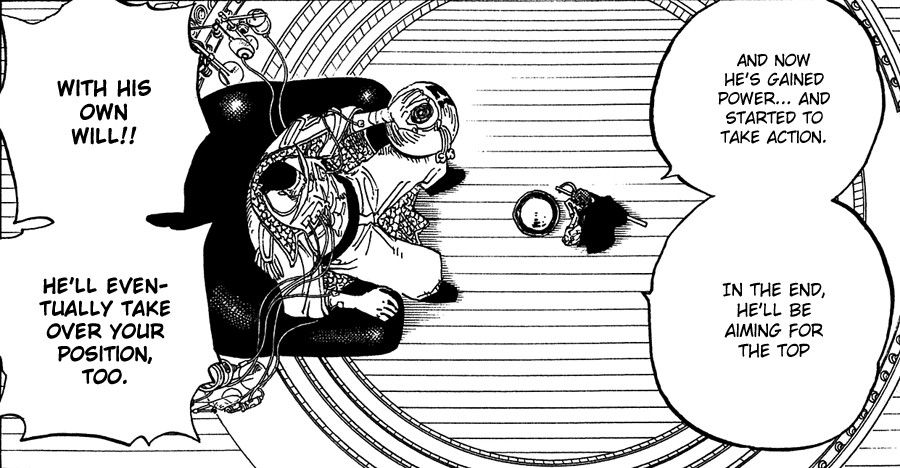 And the fact that a Cerberus has appeared in the series before and was recognized as a Cerberus by the strawhats shows that they do exist in their world, even if only in mythology. 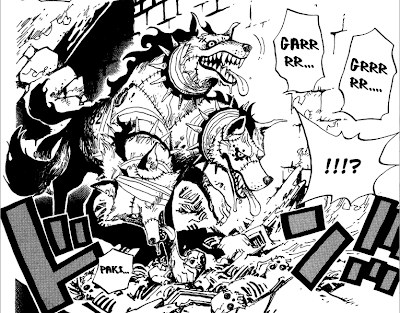 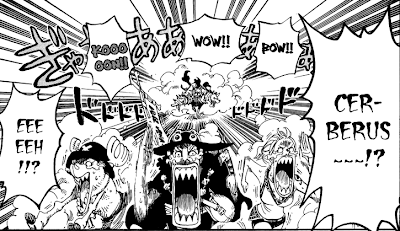 *All rights go to Ultimatespoon

WHO IS THE MYSTERY WOMAN?

Oda has revealed that Sanji’s birth and early history is likely to be revealed or at least touched upon in 2016. Oda has been building up to this and within two of his colour spreads he has left us two massive hints as to somebody important in Sanji’s life.

Firstly, the cover page of chapter 784:

There is a blonde female zombie biting Sanji’s right shoulder.

Now the cover page of chapter 811:

The can that Sanji is holding has this same woman on the front of the branding. The legible words on there are ‘All women are g….’, something strongly related to Sanji’s lifestyle and ideology, this character clearly has a huge impact on Sanji’s life

As for deciphering who it is: they are a fully grown woman when they died/are a zombie in the first colour spread. She is also blonde, perhaps a blood relative such as an older sister, mother or aunt?

‘These two women don’t look much alike’ or ‘it’s just a coincidence’ you say? Is it?

This coverpage which prossibly foreshadowed Jack has Luffy and Sanji wearing Gold ornaments, both have the faces of women on them. The time of Jack and 2016 are synonymous, so there may be more to this cover page than meets the eye A crown on a woman… Is it possible Sanji really is royalty? The scarf Luffy uses on the snowman comprises of Yellow, Pink, Turquoise and Blue… the colours of the womans hair on the can that Sanji holds on the coverpage of chapter 811!