When Luffy attempts to charge the execution stand to rescue Ace, Coby blocks his path, determined to defend the Marines’ objective even if it means the execution of his friend’s brother. His resolve, however, is not enough: he is no match for the captain of the Straw Hat Pirates and is defeated with a single punch. Luffy moves on, leaving Coby unconscious in the middle of the battlefield. 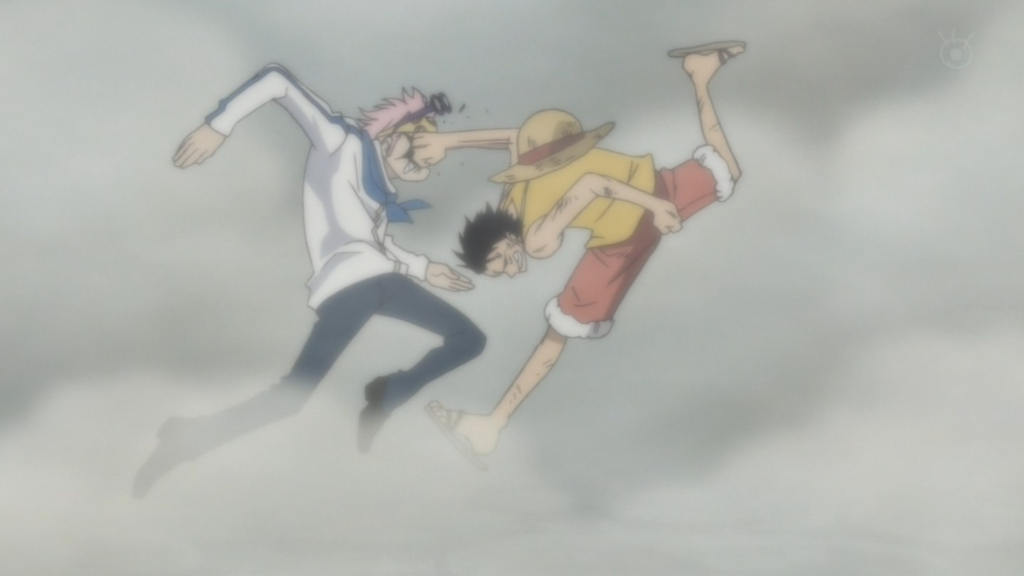 Eventually, Coby wakes up, distressed that the war is still raging despite the fact that Portgas D. Ace has been executed. The trauma of the battle triggers his own Haki which comes on him in full force, allowing him to involuntarily sense every human presence nearby on the battlefield (described by Coby as voices “inside my head”). He is reduced to tears as he listens to the voices of the combatants disappearing one by one as they are killed. As the violence rises to a fever pitch, Coby screams at the top of his lungs, begging both sides to stop throwing lives away for a war that no longer has any purpose.

The young Marine’s cry causes a moment’s pause in the battle and inadvertently saves Luffy’s life.

Akainu, unimpressed, prepares to kill Coby for wasting precious seconds of the battle. The young Marine fearfully steels himself for death, reassuring himself that he said what he had to say and that he has no regrets.

His life is saved by the sudden arrival of Shanks, who commends the young Marine for his actions, explaining that his few seconds of courage have drastically changed the future of the world. 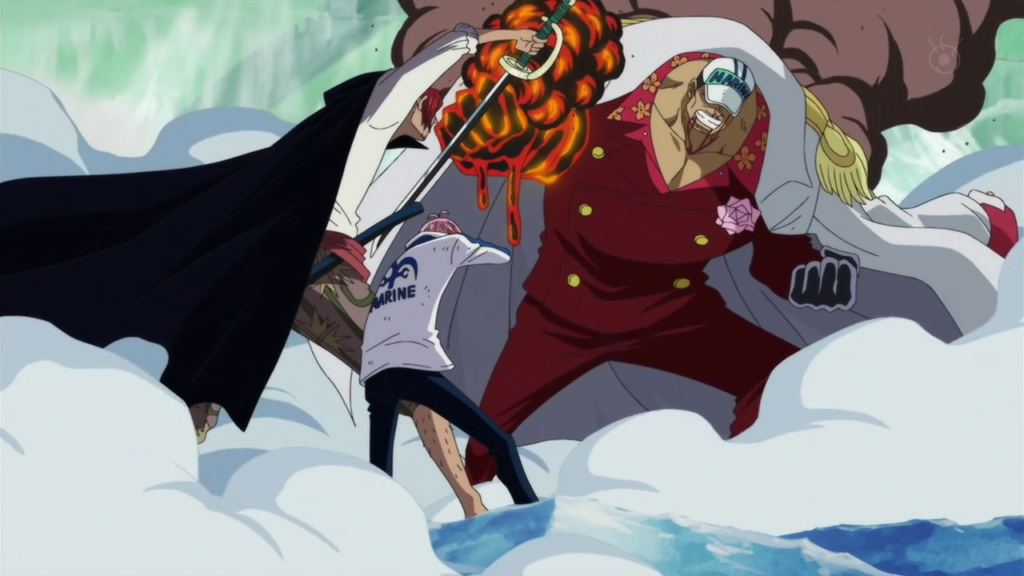 Coby immediately falls unconscious after his timely rescue from an otherwise certain demise.

Coby’s words at the Marineford 2017-09-18
admin
Previous: Fujitora’s Haki
Next: WHY DOES JUDGE HATE SANJI SO MUCH?