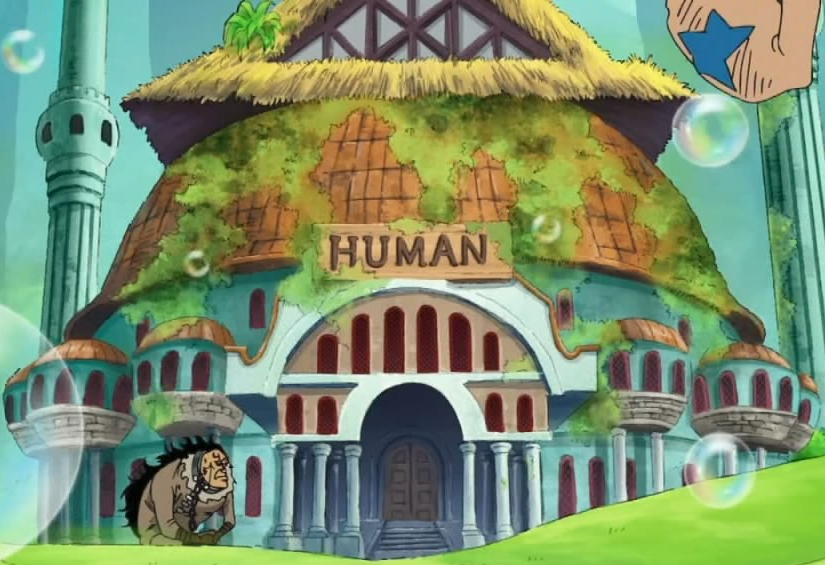 The Human Auctioning House is a center of slave trade and a bidding house for selling living beings as slaves. It is located on Sabaody Archipelago’s Grove 1. It was owned by Donquixote Doflamingo and like most of things affiliated with Doflamingo, it bears the Donquixote Pirates Jolly Roger — a smiley-face with the cancel symbol over it.

After the timeskip, the Human Auctioning House has fallen into disrepair and its owner, Disco, is now a vagrant. Although as easily surmised and then directly cited by Caribou the slave trade lives on, insinuating that this is not the only auction house.

According to the price list of the Human Auctioning House, the average starting prices for each races are as followed: