This year’s 30th issue of Weekly Shonen Jump magazine is going to reveal on Monday that the One Piece anime is getting a two-hour special titled “One Piece Episode of East Blue: Luffy to 4-nin no Nakama no Daibōken” (“Luffy and His 4 Crewmates’ Big Adventure”). 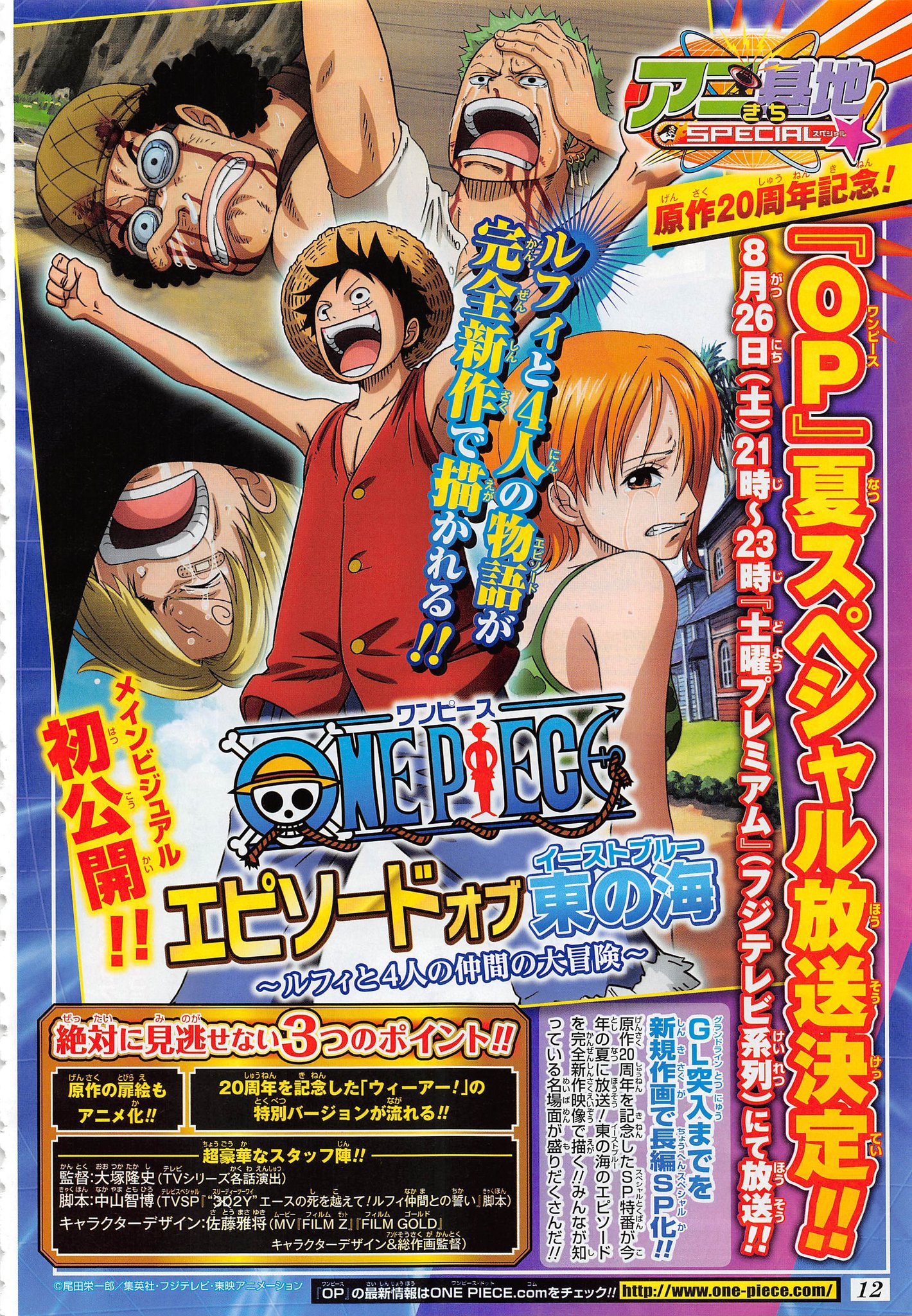 The episode will feature brand new animation covering the crew’s beginnings from before they enter the Grand Line. Shonen Jump also reveals that the previously unanimated cover stories will also be highlighted and featured in the two-hour special.
The special will also feature a special 20th anniversary commemoration version of the original opening theme song “We Are!”.