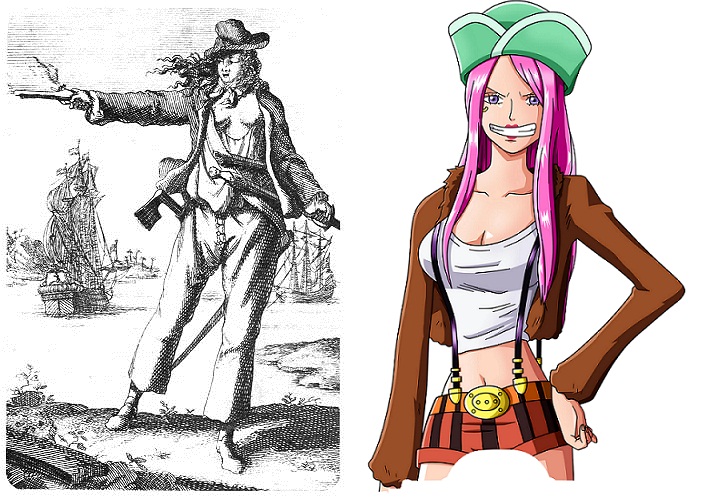 Anne Bonny (Cormac, 1702 – 1743) is the main ispiration of the character Jewelry Bonney in One Piece. She was an Irish woman who became a famous pirate, operating in the Caribbean. Launching her own career as a pirate, along with Mary and Rackham, she raised a small crew and escaped the island in August 1720, intending to execute a series of swift robberies before retiring with enough gold to live off.
Anne was a capable fighter, adept at wielding swords and firearms. She also had advanced freerunning skills, allowing her to keep up with Edward as he navigated Long Bay’s jungles. As well as this, Anne possessed great nautical knowledge, which served her well in her role as quartermaster.
The dates of birth and death are uncertain and the few biographical you have about her are due to the tales of Captain Charles Johnson (perhaps he is a fictional character due to Daniel Defoe), contained in “A General History of the Pyrates”.