Tag Archives: One Piece and the allusions to the modern state of the world 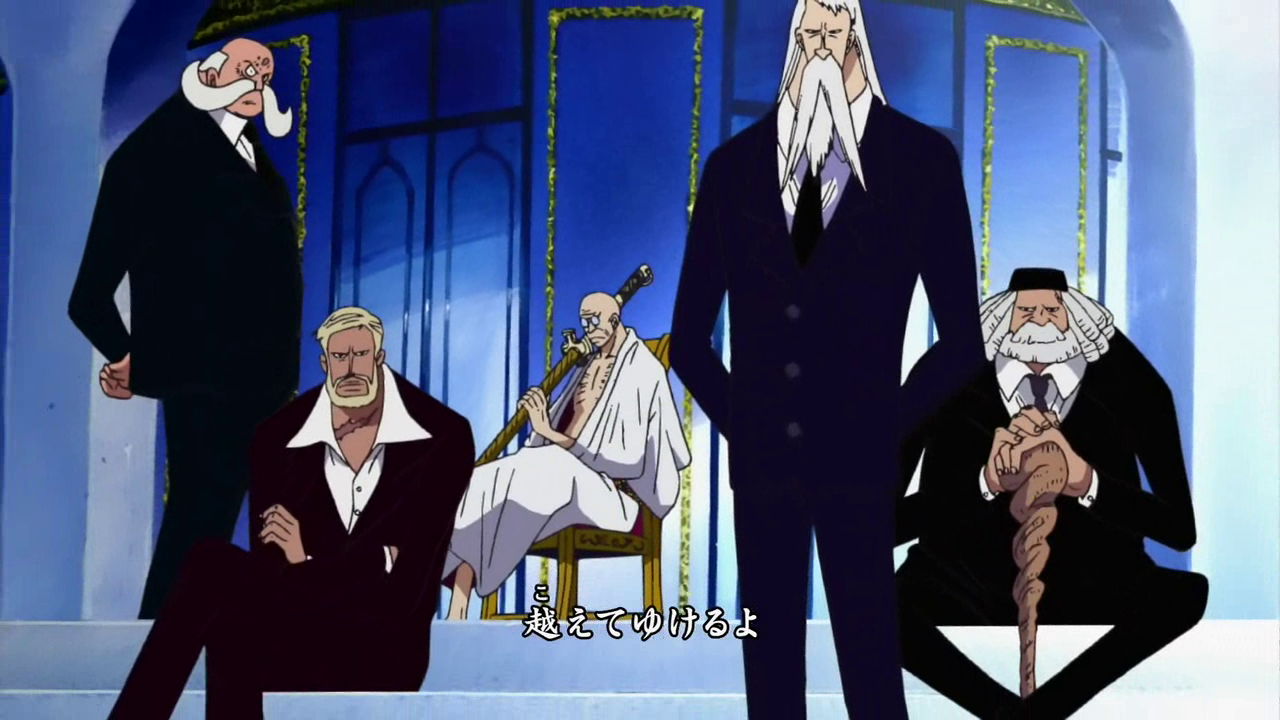 This may be controversial to some.

Alright, one of the big things about the series “One Piece” has been the concept of piratism. It’s clear, especially by the journeys of the protagonists, that pirates aren’t completely synonymous with criminal rapists, thugs and murderering psychopaths. According to the military that’s what it is, yes, but that’s not the case with all pirates at all. A pirate is what anyone gets called when they choose to embrace the freedom that comes with the combination of following their dreams, loving and defending their friends and family, and not being controlled by the will of others. In fact, the main characters all belong to the latter category of pirates and even battle against every instance of the former that they come across.

To continue with that, the origin of the main character Monkey D. Luffy’s desire for all of these things were born when he was a child. He wanted nothing more than to have fun and enjoy life and freedom with his friends and family. However, he couldn’t because, in doing this, he collided with some wealthy and powerful people that wanted control over a friend (and surrogate family member) of his, thereby wanting control over Luffy (since they couldn’t have one without the other). Anyways, this’s the main thing: according to the world government, pirates are all murderous rapists, people who want freedom and want to follow their dreams are pirates, and pirates must be extinguished for the sake of peace. Now, replace “pirate” with “terrorist” and replace “world government” with… well, there are a number of words you can use. “Special interest groups” is a good one, as is “globalists”; you can even use “world government” in a general sense, but I digress.

You look at the series as a whole, and the world government have been proven to be the true antagonists. There have been some minor antagonists as well as bigger ones that you could argue aren’t directly aligned with them, but, at the core of it all, almost every antagonist of the series was- or is either under the direct control of-, a byproduct of the corrupt actions of-, were, at one point, completely allied with the heads of-, or are a member of the world government. – The Shichibukai by themselves are great evidence of this idea. Check it: they’re pirates– not the good kind like the Strawhats are, either, but the bad kind; the raping, murdering kind– that the world government uses to have more power over the pirate world. They don’t care if they’re criminals that have committed heinous crimes, sometimes against humanity; they’re willing to grant them immunity and use them for the purpose of furthering their goals of eliminating “piracy”. Of the ten characters who either have been- or are current members of the Shichibukai, seven of them have been, at least at one point in the series, major antagonists (Kuma, Crocodile, Moria, Blackbeard, Mihawk, Buggy, Doflamingo). – Several of the Marine Admirals and Vice-Admirals (as well as lesser members of the Marines, but my memory’s a little hazy on the details of them) have done horrific things to people in the name of “justice”, including Kizaru and Akainu, and haven’t been punished because they’re marines and because the people they’ve done them to have been “pirates”. – The CP9 also showed that the world government’s own twisted definition of “justice” is more important than the actual morality of their actions. – Doflamingo’s granted de facto immunity because he’s a family member of the “World Nobles”, showing that the world government doesn’t care about what immoral, criminal activities their own members take part in. That being on top of his status as a Shichibukai essentially makes him invulnerable, even if the World Nobles disowned him cuz’ he pissed them off.

There were some antagonists early in the series who were just amoral pirates, but those were used more to showcase the idea that not all pirates are evil psychopaths, since the strawhats are also pirates but stop evil actions at every opportunity they get.

That’s also why the revolutionary army are considered the biggest threat the world faces, according to the World Government. They’ve outright not aligned themselves with pirates, so the world government can’t make people afraid of them and make people think that they’re destroying them for their own protection. They know about every terrible thing the world government’s done, are doing and are planning on doing, and they want to stop them. They aren’t taking up the mantle of pirate for the sake of sociopathic violence or in order to seek personal freedom; they’re revolutionaries because they realize that the world government is evil and they want people to be free above all else.

Another interesting thing is that the very formation of the World Government is shrowded in secrecy, and it’s been HIGHLY alluded that the reason for this is because it took the genocide of an entire country, along with re-writing history to make themselves seem like the good guys, to make their formation even possible. The fear of the world government has also been one of their biggest weapons; through utilizing fear, they make people either so afraid of the result of rising up against them (I.E., being the target of a Buster Call, ala Ohara) that they obey without question. Or, they make them so angry at them that they rise up and rebel through committing typical acts of violent piracy, thereby either leading to them being brought down by the navy and leading to more public support for the World Government, or them just outright joining- and working for the World Government. They pretty much end up falling into the World Government’s methods of control by letting their fear control their actions (anger is, pretty much, a result of fear; if you’re not afraid of something, either through direct means like a threat towards your life or through indirect means like an insecurity being revealed, then you aren’t angry at them, and this’s something that most psychologists are in agreement on).

That’s one of the biggest reasons that Luffy’s become one of the most feared people in the world, according to the World Government; because he’s not afraid of them, nor is he giving into fear. If you look at Luffy’s history, everything he’s done has been powered by love for his friend-family and the courage to protect them. He’s never given into fear or anger; even in moments when he seems angry, he’s being powered by the love for his Nakama and the courage to confront fear and protect them. Even when he was faced with death during around chapter 100, he wasn’t afraid. When a member of his surrogate family was about to be killed in Enies Lobby, he didn’t let fear overtake him; he rose up to them and protected her. They use fear and anger as their primary tools of controlling people, and the only real effective means people have to counter it is love and courage. They know this, and that’s why Luffy’s currently one of the most dangerous people in the world. It’s not just that he did some things to hamper their plans, it’s HOW he did it. A symbol that love can defeat fear is one of the biggest threats the World Government faces. It’s also been hinted that this’s the main reason that Gold Roger was the greatest threat the world government had ever faced; because, even when he got captured and was faced with death, he was never afraid of them. Because he loved his nakama more than he did himself, and, to a point, everything he did was for them. Because he loved freedom, which’s why he set out on the sea and decided to become a pirate in the first place. He was a living symbol for how to defeat the world government, and he’d BEEN defeating them at every point of collision, right up until he’d gotten captured (even then it’s been hinted that he let himself get captured, if it wasn’t said outright, that is).

If you look at the parallels between the series and the real world, it’s really surprising just how many of them there are.

This might seem strange to some of you, some who disagree with a lto of this may even say I’m reaching, but, really, the parallels between the One Piece storyline and globalism are very clear. Pretty soon there’ll probably be a story about the world government being involved in a scandal revolving the adding of a chemical to the water supply of a country in order to make them more dumbed-down and obedient [water fluoridation]. Eiichiro Oda’s pretty clearly a true member of the resistance, albeit on the Japanese front. He doesn’t do much in terms of going outside to help the cause (it seems like, at least; Japan’s super-strict gun laws also make it kind of a pain in the ass to support the right to bear arms over there, and the highly socially-conservative culture makes attending protests and speaking out against them kind of rare, so it’s understandable, in part), mainly cuz’ he spends 22 hours a day working on his comic, two hours chilling with his family and one hour sleeping, but he’s getting all of this out there through his story that’s read by hundreds of millions of people all around the world, and that’s a great deed he’s doing.