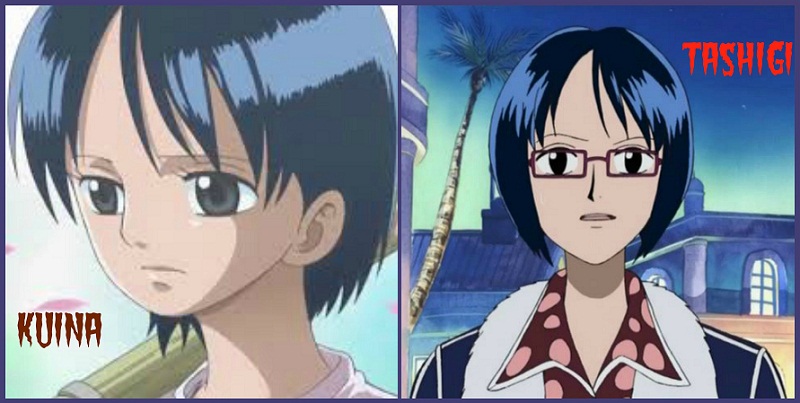 Fact: Kuina is seen as a baby and as an only child in Chapter 0.

2. Myth: They are the same character.

Fact: So far they are only considered different characters and no evidence has been stated to say otherwise since Kuina’s body is seen in the manga. This is mainly due to how 4Kids changed her death to an injury, from which many fans assumed the injury Kuina sustained was connected to Tashigi’s bad eye sight. Tashigi was drawn as a child in an SBS, and her appearance was very different from Kuina’s, making it clear that she and Kuina are separate characters.