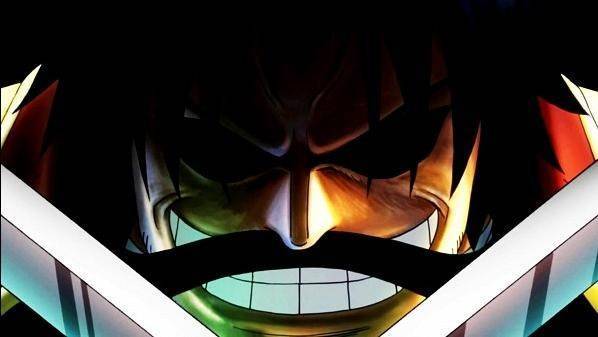 “Not you, Teach… You are not the One Roger is waiting for!” – Edward Newgate

For the most part, this sentence surely means that Pirate King Gol D. Roger put his hopes into the next generation, that will bring forth a Chosen One (Monkey D. Luffy). But what if it’s interpreted literally? If Roger is actually waiting somewhere?

Who would he wait for?

Where would he wait?

At the place no one can reach without hearing the Voice of All Things, The Place where the Straw Hat finds its fate -> Raftel

How is this even possible?

Is Roger dead? Yes, for sure. But what if he was able to leave something of himself behind? Like an image of his former self, or an echo of his voice? He was able to hear the Voice of All Things, he could have mastered that mysterious ability to the extent of being able to leave behind his own echo. That means that those with the ability to hear the Voice of All Things would be able to hear Roger’s voice once they reach Raftel.

Roger’s spirit, similar to the Will of D., lives on, until its destiny is fulfilled: Once Luffy reaches Raftel, he will hear the last inspirational words from Roger, an echo of the Pirate King.

What’s the role of the Straw Hat?

The Strawhat is the key to all of this! The strawhat is either the medium, in which Roger “saved his voice”, or it simply enhances the ability to hear the voice of all things. Whatever the case may be, once the Straw Hat returns to Raftel, it will trigger the ability to hear the echo of the Pirate King, the echo that was left behind by the former user of the Straw Hat.

I believe Raftel was part of the Ancient Kingdom, the origin of all D. characters. Now we know Roger and his crew (Shanks & Buggy) reached Raftel. But do Buggy and Shanks know everything about the Ancient History, about the One Piece? I dont think so. I think when they reached Raftel, only Gold Roger was able to hear/see all 100% of the truth. Rayleigh is his first mate and good friend, Im sure he and other high crewmembers were told the story by Gold Roger. But do they really know the entire story? Buggy and Shanks? I dont think so.

If Raftel is indeed the Ancient Kingdom, the origin and graveyard of many D. characters, then I think Roger heard an “Echo” himself when he set food on Raftel, and only he was able to hear it, Rayleigh and his nakama werent able to, and neither were Buggy nor Shanks. Only Roger got 100% of the knowledge, through his ability to hear the Voice of All Things. With that knowledge, he left a message for the next chosen one – Luffy.