The Wano Country is a nation in the New World. It is a country not affiliated with the World Government.
At some point during or shortly after the timeskip, the Beasts Pirates began occupying Wano Country, killing the daimyo of Kuri, Kozuki Oden and his wife, with the aid of Wano’s shogun. Oden’s son, Kozuki Momonosuke, alongside three of his retainers, Kin’emon, Kanjuro and Raizo, fled the country sometime after this, looking for assistance at Zou from two other retainers, Inuarashi and Nekomamushi. 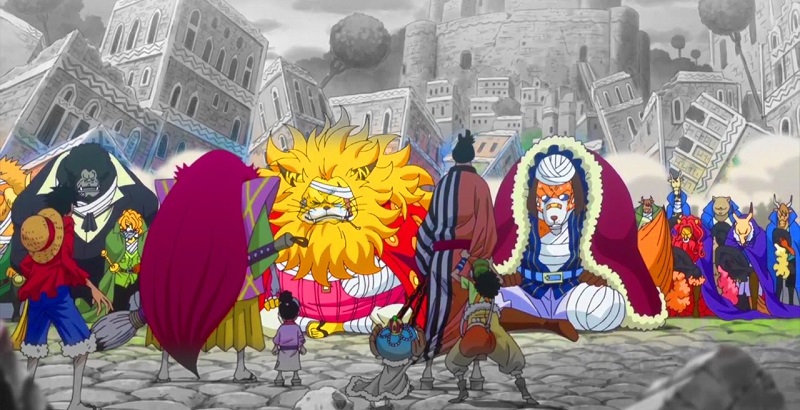 During the Zou Arc, the Kozuki Family formed an alliance with the Straw Hat Pirates and the Heart Pirates in order to battle Kaido’s forces and liberate Wano.

As the Poneglyphs are considered indestructible, the fact that the Kozuki Family of Wano Country was able to not only create, but also shape and carve them, gives a small insight into the potential technology and abilities they had.

Wano Country has its own warriors, the samurai, who are swordsmen so strong that not even the Marines go near them. It was first mentioned by Hogback, as Ryuma was from there.

The Wano Country 2017-09-18
admin
Previous: Haoshoku Haki
Next: A PROMISE BETWEEN FRIENDS – LUFFY PLANS TO MEET THEM AGAIN