Why is Mihawk the “Strongest” Swordsman

True to his epithet, “Hawk Eyes”, Dracule Mihawk has exceptional eyesight, able to easily track Luffy’s high-speed Gear Second movements, and strike with extreme precision, releasing a long-range slash at him while there was a chaotic battlefront of New World pirates and Marine officers between them.

In addition, he is also a talented teacher: after training Zoro for two years, he accomplished more than the dojo had achieved in the many years Zoro had trained there (though it helped that Zoro’s skills were already greatly developed by the time he became Mihawk’s disciple). Zoro himself even admitted that even after training with Mihawk during the entirety of the (time-skip), while talking down to Pica, an elite officer of the former Donquixote Pirates, that he (Zoro) is still not anywhere near Mihawk’s level of skill with swordsmanship, further attesting to Mihawk’s combat and fighting prowess. 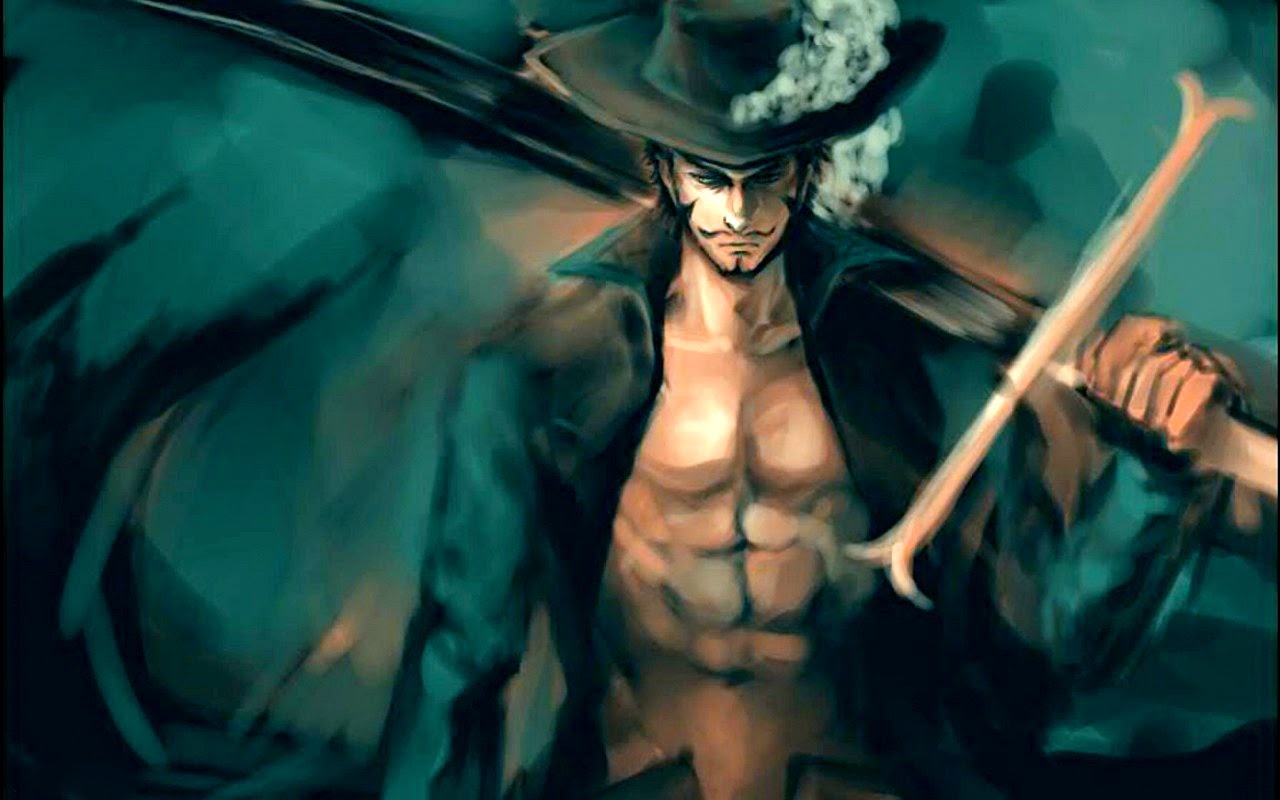 Mihawk’s strength is so great that Don Krieg accuses him of having the power of a Devil Fruit. While it has not yet been confirmed that he does not, the Databooks indicate that his abilities are from pure skill and power. This makes Mihawk the only known Shichibukai whose strength is based solely on human abilities (Jinbe being a Fishman).

His first demonstration of power was defeating all but one of Don Krieg’s fleet of 50 ships and 5,000 men by himself just before a storm struck. Perhaps the most accurate and evident demonstration of his incredible power is the fact that he has remained unharmed during the whole series thus far.

He is shown to have a strong will as he was able to resist Luffy’s Haki and be one of the few to still be able fight despite others around him falling unconscious. He also has great mental strength, shown when he is not one of the men to fall for the charms of Boa Hancock while most men easily fall for the pirate empress’ beauty and turned to stone.

Mihawk travels around in a coffin-shaped raft with two green-flamed candles, a single black sail, and a single seat. The fact that he can traverse the unforgiving oceans, as well as the Grand Line itself, in such a meager craft is yet another testament to his abilities.

Although he has never been seen resorting to physical combat outside of swordplay, his fortitude suggests that he naturally possesses superhuman strength and resilience, as he applied tremendous strength behind all of his swings, enough to split battleships and a mountain of ice with ease. Additionally, during his duel with Zoro, he was capable of effortlessly fending off his own superhuman strength with only one arm.

It is especially worth noting that, during the Battle of Marineford, while the Whitebeard Pirates (one of the strongest pirate crews in the world, with top members Whitebeard and Ace being killed, Marco being heavily-wounded and Jozu losing his right arm), the Marine Admirals (with Akainu taking a severe beating from Whitebeard’s attacks and Aokiji being harmed for the first time in the whole series) and the Shichibukai (with Moriah, Kuma, Teach and former members Crocodile and Jinbe being heavily-wounded) had very difficult battles, Mihawk had remained truly unscathed through the whole conflict.

Because of his status, defeating him is Roronoa Zoro’s ultimate goal. Mihawk also seems to have great strength, as he was able to stop Zoro, a formidable swordsman with great mastery and enormous strength even to launch entire buildings and destroy them with powerful slashes, with only a single dagger, and handling it with just one hand.

In terms of combat, Mihawk is the single greatest swordsman alive in the One Piece world, naturally commenting on his immense mastery of swordsmanship: back in the East Blue Saga (where Zoro, while at his weakest in the storyline, was still notorious across that entire stretch of ocean as the “Pirate Hunter” and had effectively mastered both “Santoryu” and “Nitoryu” fighting styles), he was capable of effortlessly defeating a three sword-wielding Zoro with the single “crucifix” knife, his Kogatana, hung around his neck disguised as a pendant, generally used as a dinner knife.

He has been known to have frequently fought with Shanks when they were younger. He is also skilled at teaching, as he was shown to have taught Zoro quite extensively during their two years together.

Mihawk demonstrates an immense skill in swordsmanship especially in reference to his Yoru. Having the abilities to slice and destroy entire fleets of ships or giant icebergs and yet graceful enough to deflect the course of bullets with only a slight touch. He is also able to cut through steel with ease and rapidity, as demonstrated with the steel-bodied Mr. 1, whom even Zoro struggled to beat.

hawk eyes one piece Shichibukai straw hat pirates Why is Mihawk the "Strongest" Swordsman yonko zoro 2015-12-29
admin
Previous: Who is allied with whom and who is against whom? Here is the Answer!!
Next: Important News about One Piece Film Gold Revealed!