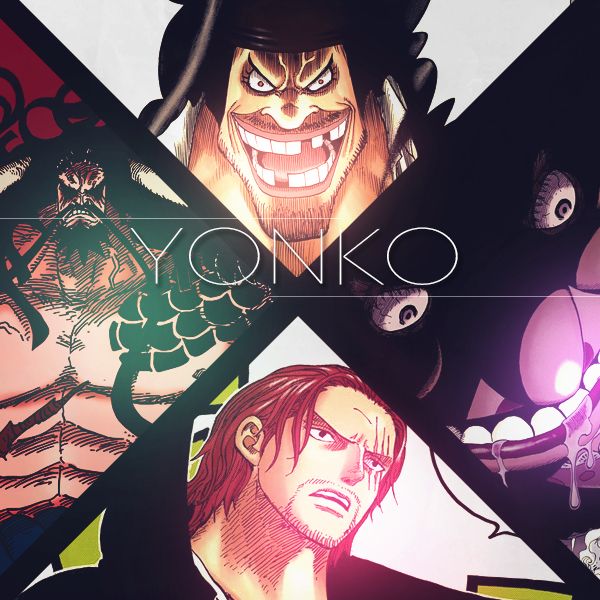 The Yonko are limited to sharing the New World. That is pretty much a fact since no territory outside of the New World belongs to any one of them. Know that they could easily get past the calm belt like Rayleigh (even Krieg did it with a bit of luck). Also, I bet they have the money and influence to buy seastone coated ships like the Marines have and get across that way. So why are they stuck sharing the New World, a tiny strip of the ocean that is unsafe and chaotic?

In addition, the WG seems to ignore their crimes. Marineford was about Ace, and not Whitebeard. If the WG wanted Whitebeard gone, they could have targeted any one of his crew members; Whitebeard would have come charging in regardless. But only Ace was worth the fight. It’s already been explained that it’s because of the Pirate King’s blood. Still… isn’t it interesting that the WG cared more about stopping Ace than a Yonko?

Look at Big Mom, Whole Cake Island is no secret. If the WG wanted, they could combine their forces and take her out at any time. Contrast that to the Revolutionaries that had to have their base hidden on a legendary island for fear of being attacked. I don’t believe that the Revolutionaries are any weaker than a Yonko, rather they are attempting something none of the Yonko have done. Take territory outside of the New World. The Yonko can get away with a lot, but not this one thing. They must be contained to the New World or risk starting a war with the government and having to find a legendary island to hide on.

So I got to thinking, why? Why are the Yonko given a, relative, free pass? Sure, if they combined forces they would be a gigantic threat, but individually they aren’t. My guess is that the WG wants them for something; they serve a purpose. When Whitebeard fell, the Gorosei had no interest in preventing the rise of another Yonko, but rather wondered who it would be that takes the title.

So let’s think logically for a second, what benefit does the Yonko system provide the WG? Deadlock. They are all deadlocked against each other, incapable of growing or moving anymore in such a small space. If one gets too strong, then the Marines can intervene and weaken them back to normal. If one of them attempts to take on the government directly or oversteps its bounds within the New World then its asking for war and we already saw the likely outcome at Marineford. Without Shanks stepping in, nearly everyone of those pirates, without a Sub like Law, would have been captured or found dead.

This deadlock serves a purpose, to prevent any one of them from reaching Raftel. Raftel, the Pirate King, Ace… The World Government formed 800 years ago with one purpose, to destroy the ancient kingdom. It then spent 800 years destroying its name and history. Its purpose was never to rule the world or to establish justice. Rather, those are simply fronts like the Marines are a front to the public as mentioned in the meeting between Akainu and the Gorosei. The Ancient Kingdom is the true enemy of the WG, not the Yonko or Pirates. The balance of powers is therefore not some mathematical equation to determine who is stronger but rather a careful balance implemented by the WG to prevent anybody from reaching Raftel.

As an example, think back to Shiki vs Roger. If Shiki were to have been apprehended then he never would have been able to attack Roger. Also, the Marines would have been weakened as a result. The WG cares more about stopping individuals from reaching Raftel than it does about preventing the crimes of a pirate like Shiki. This same concept can be applied to the Shichibukai. Their crimes are pardoned so as to prevent rookie pirates from advancing into the New World. Yonko are given a free pass so long as they stay within the New World facing off against each other.