FORESHADOW OF ZORO’S ARC IN ONE PIECE COVER PAGE!

When I was going through all colored cover pages, some of the pages got my attention. Those pages had “SH with Samurai costume”. So I searched all cover pages and arranged in chapter vise.

In Chapter 70 cover page, left bottom, below Usopp, there is a face. When I see that face, suddenly I remembered “Kin’emon” face.

Oda already designed or thought of samurai in his mind.

After in Chapter 310 cover page, right bottom of page. I saw “SHIBARAKU” word. So I searched it. But that searched result shocked me.

Shibaraku is among the most popular pieces in the classical Japanese dance-drama. The plot centers around the figure of Kamakura Gongorō Kagemasa, who has become the stereotypical bombastic hero of the classical Japanese dance-drama, with red-and-white striped makeup and strong, energetic movement. The historical Kamakura Kagemasa is famous for his bravery for having continued to fight after losing an eye in battle in the Gosannen War (1083-1087).

Kamakura Kagemasa lost one eye in Gosannen War. Zoro also have scan on his Left eye. Zoro may not lost his eyes but his eye is definitely injured from someone. Oda may have taken only plot of this Shibaraku play and adding his own idea and creativity, story may be different. Or Zoro may open his left eye while battling with enemy in Wano kingdom and he may eventually lose his eyesJust my prediction according to the source of SHIBARAKU play). 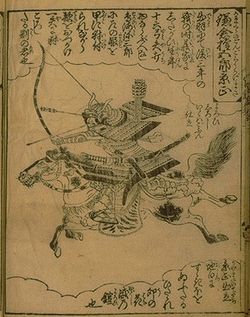 Kamakura Gongorō Kagemasa (鎌倉権五郎景政) (born 1069) was a samurai descended from the Taira clan, who fought for theMinamoto clan in the Gosannen War of Japan’s Heian period. He is famous for having continued to fight after losing an eye in battle during that war.

We still yet to know full background of Zoro, since some people are saying, “He is the incarnation of Ryuma”. So, Zoro might have been a descended from one of the clan’s in Wano Kingdom.

Now we will talk about Gosannen war. The Gosannen War was part of a long struggle for power within the warrior clans of the time.

So lets assume that, “Wano kingdom will be having Power struggle between clan’s and one of the clan approached Kaido for support since wano Kingdom is not under WG. When KAIDO came to wano, he will defeat other clan members and finally he will cheat the clan which hired him. So after that Kaido will take control of Wano kingdom.”

Let’s continue with our SHIBARAKU drama – The climactic moment of this dram takes place when a goodly samurai is being assaulted by a number of villains. Kagemasa shouts “Shibaraku!” (Stop a moment!) loudly from behind a curtain (agemaku) and then steps out onto the hanamichi (a raised platform extending through the audience to the stage) in magnificent costume and makeup. Arriving at the stage, he sits on a stool (aibiki) and, in a special kind of monologue called tsurane, explains his story. He then drives the villains off.

We already know that, Kaido’s men’s are chasing that Kagetsu Clan members with Kin’emon, Momonoske and Kanjuru. As per current situation, SH will divide as two group and one group with Luffy will head for “Whalecake Island”. Another group having Zoro will advance to Wano kingdom.

In Chapter 526, We can see. Tiger and Dragon are seeing each other with killing intent.

Through Kin’emon, Oda again foreshadow the fight in chapter 816.

Last but not least:

-In chapter 547 cover page. We can see all the pirates in Samurai costume, who are all escaped from Impel Down. We may expect Crocodile and Mr 1 inwano kingdom as well as Jinbe(we need new member to fight with Kaido).

-In chapter 582 cover page. While SH are playing game, we can see a cat wearing thrown in cover page. It indicates “Master Nekomamushi”. He may eventually join SH for his revenge.

-In Chapter 710 cover page. Usopp and Chopper are in different costume. Especially Usopp(in old man costume). Usopp may use this costume in Wano Kingdom for hiding himself, like in Water 7 how he used a mask. 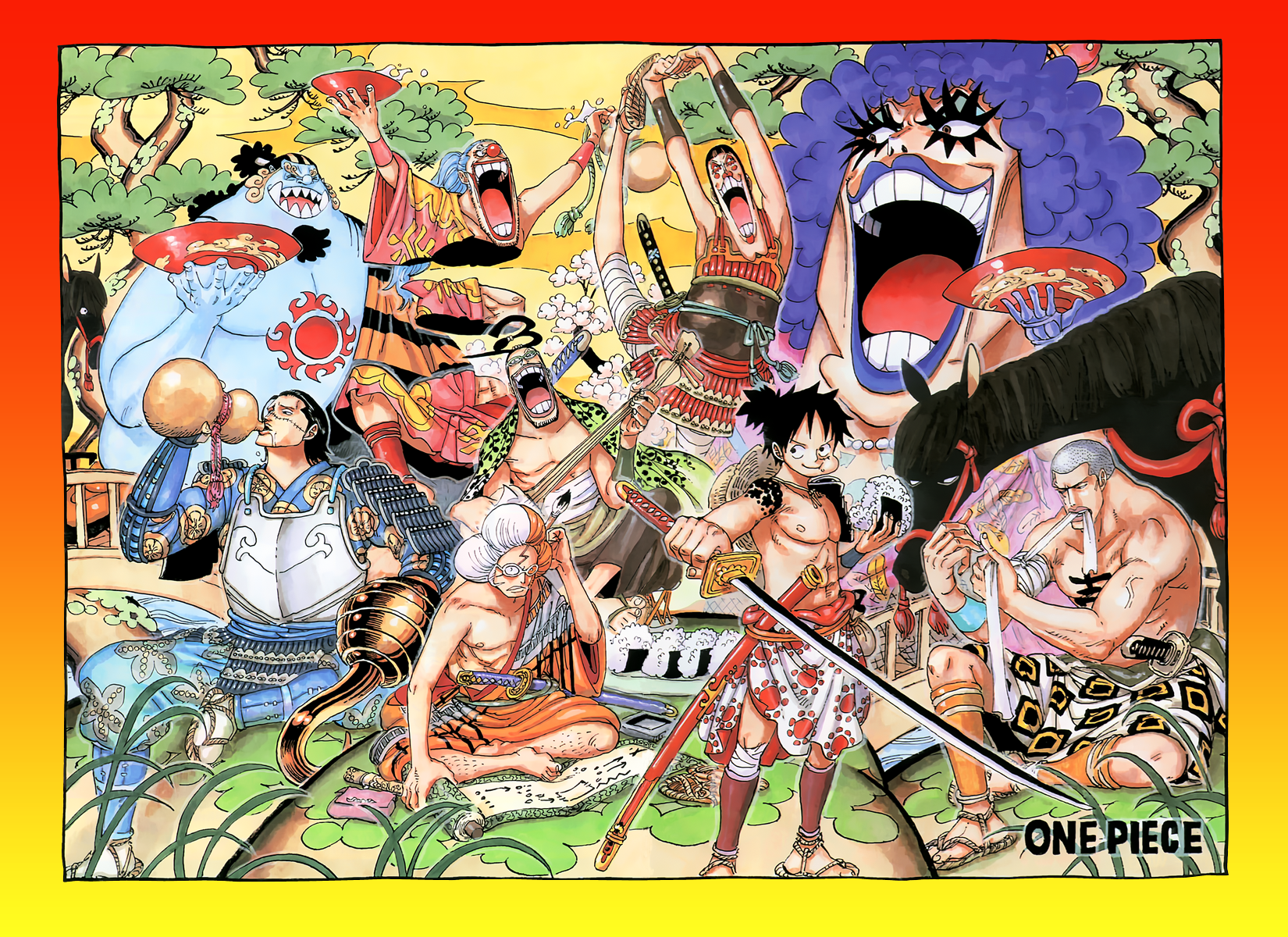 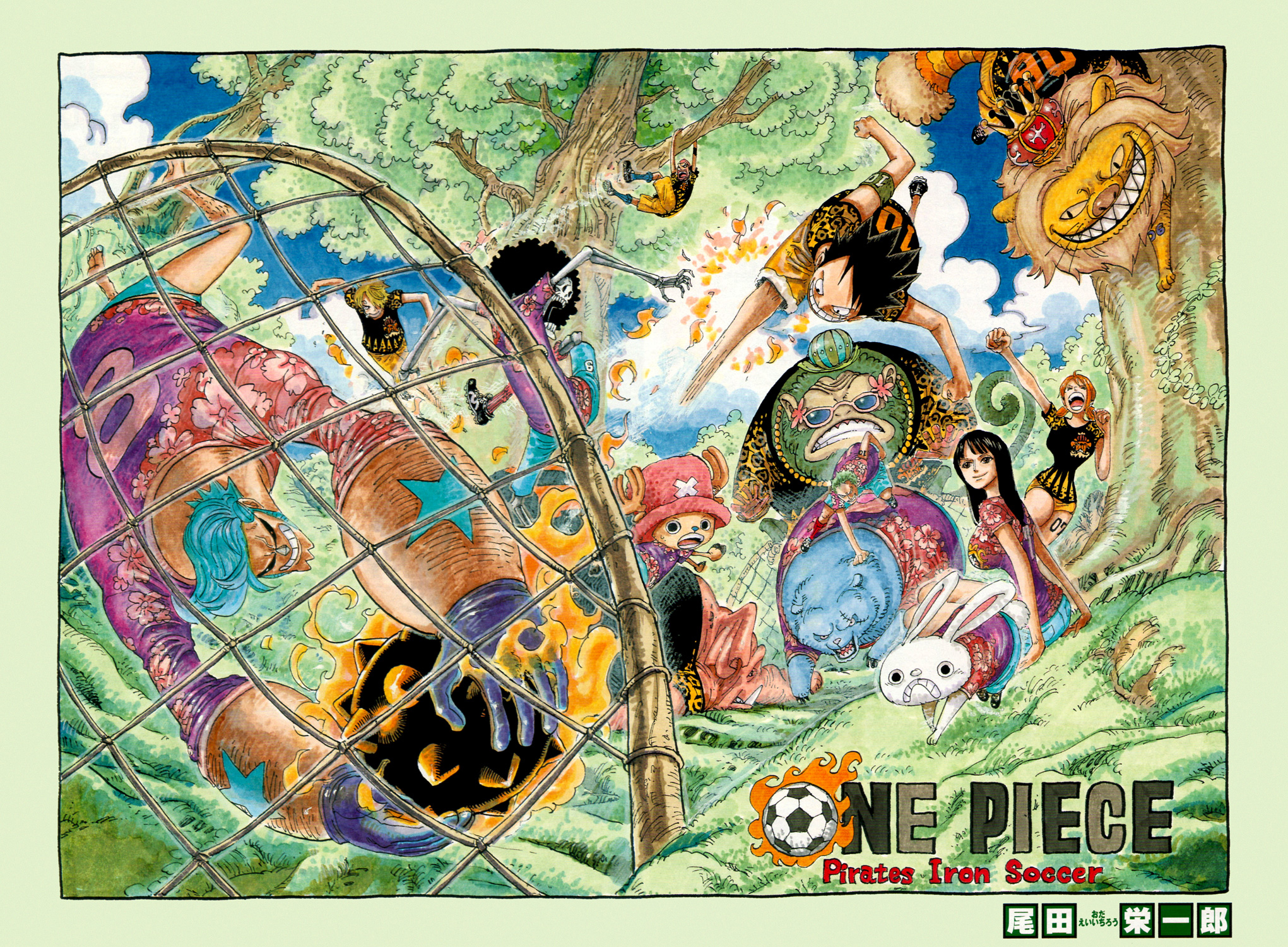 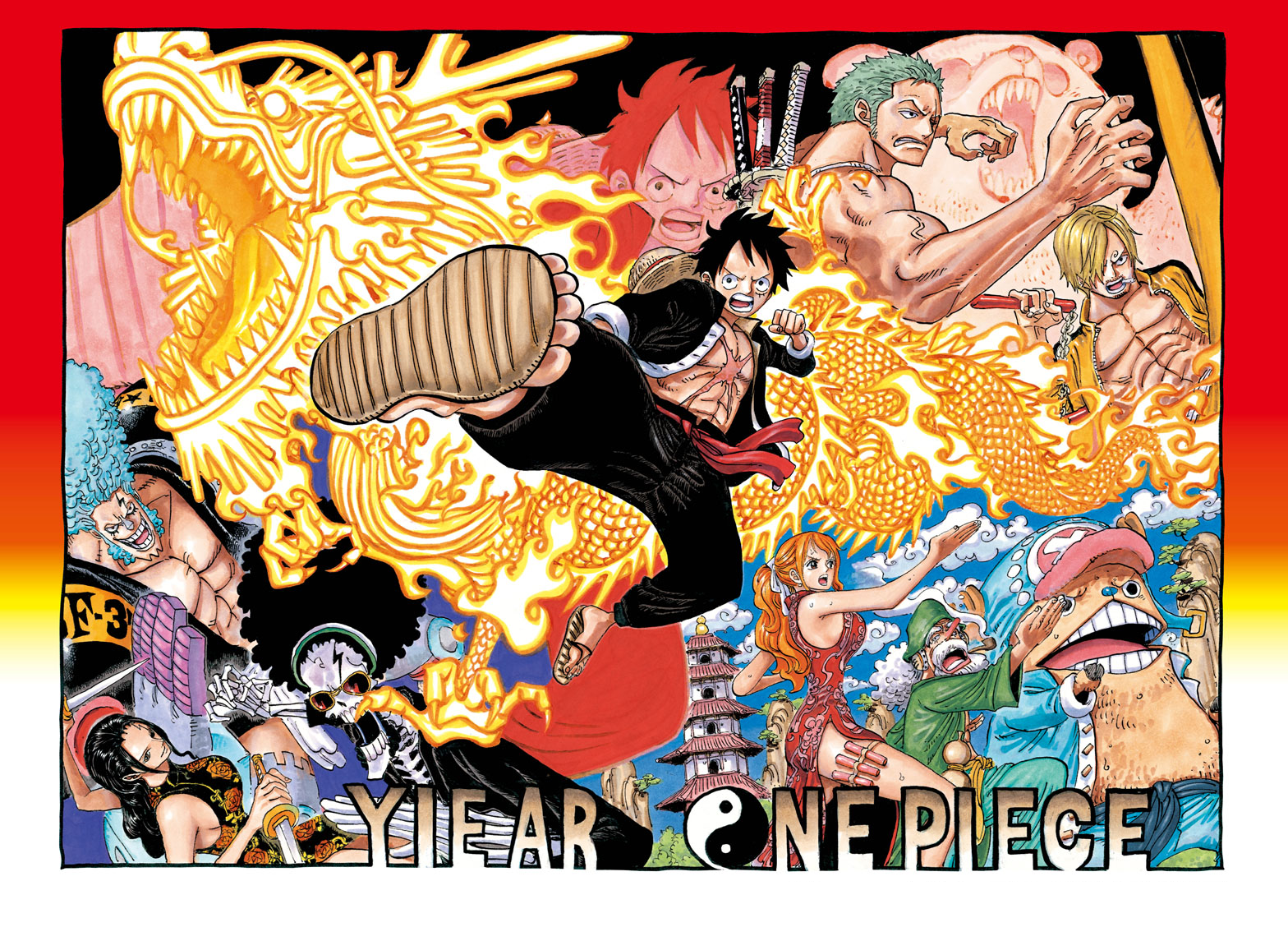