Myth: Nami can hurt Luffy, she must have Busōshoku Haki. 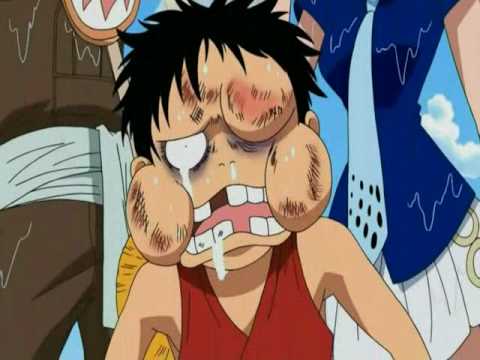 Fact: Despite being one of the weakest members of the Straw Hats in overall physical strength (the other being Usopp), she still manages to hurt Luffy, who is made of rubber and should be unharmed by physical attacks. Oda explains this is because she “beats up Luffy’s spirit”, which is basically the purpose of Haki. However, while it is possible for Nami to learn how to use Kenbunshoku Haki or Busōshoku Haki, or even possess Haōshoku Haki, her ability to injure Luffy is entirely comical. Therefore it should not be taken as a serious display of any abilities she may or may not possess. It must also be noticed that every time a Straw Hat pirate (with the possible exception of Robin as she had no reason to do so or was never seen doing so) hits Luffy in this manner he displays a bruise briefly afterward, including Usopp, who could not harm Luffy with blunt attacks during their more serious duel in Water Seven.