The tears of a man

Senor Pink once had a wife and son. Senor Pink lied that he was a banker so his wife would not hate him. His relationship with his wife became strained after his son died of a fever and his wife learned that he was not a banker.

After his wife got into an accident and was reduced to a vegetative state, Senor Pink dressed like a baby because that was the only thing that made her smile. Even after her alleged death, Pink continues to wear the infant clothes to this day, showing a deep sign of lingering love for her. 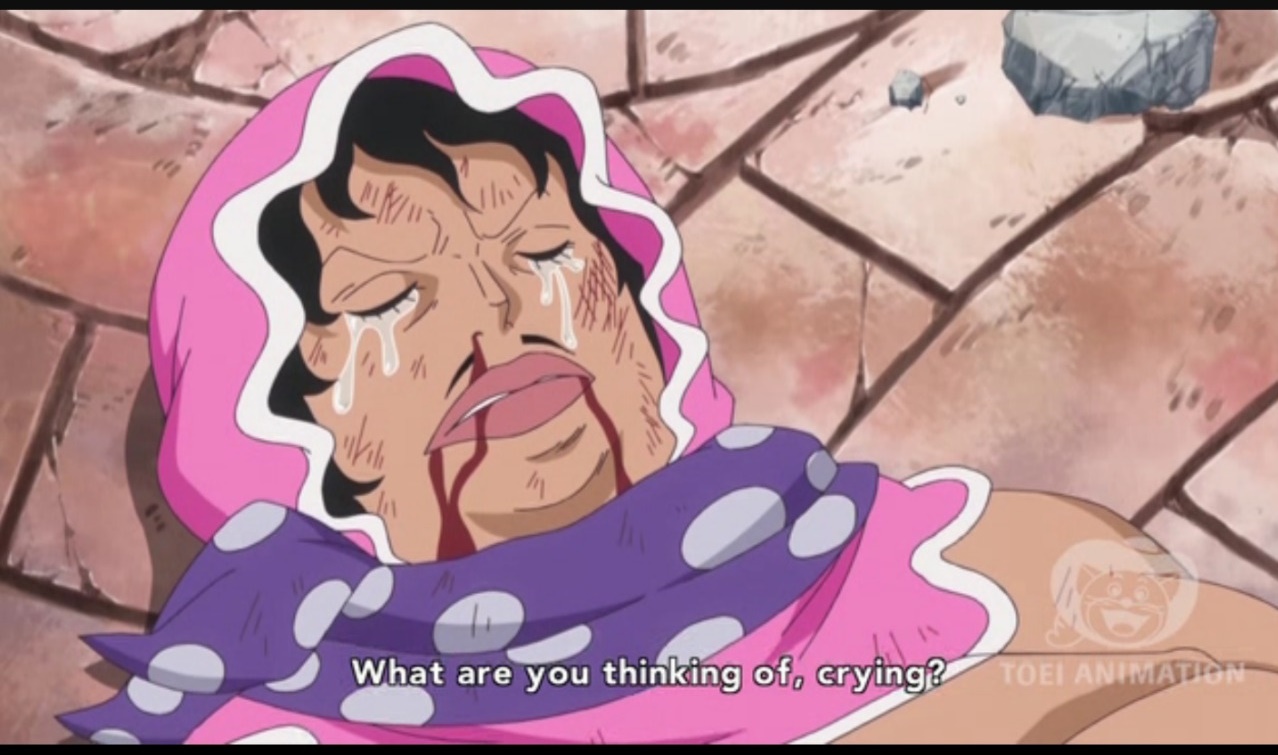 donquixote family dressrosa franky senor pink straw hat pirates The tears of a man 2015-11-09
admin
Previous: What happened to Sanji?
Next: How many people would Shanks and the others be able to defeat?