WHY THE STRAWHAT GRAND FLEET WILL BE THE GREATEST 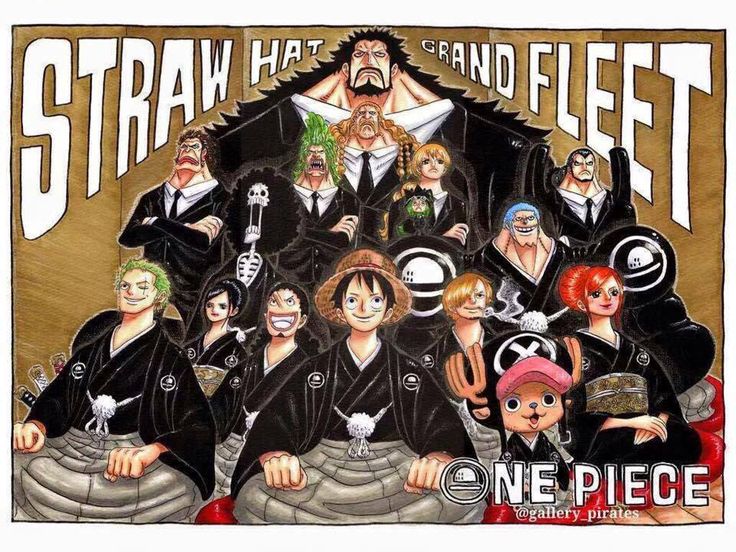 1- They don’t stay together the entire time, each division of Luffy’s fleet travels the New World on their own adventures which will help them develop in different ways.

3- A lot of the individual captains/commanders have their own goals/dreams, they might not be as big or important as the straw hats but they are dreams

Now their potential growth is the main point of this theory

But first i want to bring up one of my theories on kings haki and haki in general. Now i believe the reason why we have not seen a Marine or any strong member of a Yonko’s crew with king haki is because they serve under someone, kings do not serve others. Also ranking systems are in almost every crew or organization in One Piece except the Straw Hats. In this way the Straw Hats are all on equal ground with Luffy, they do not shy from making their opinion known like in most crews, Luffy has been shown to take their advice when making important decisions like with Ussop on Water 7 and Sanji here on Zou.
With this freedom i believe that the Straw Hats and fleet members are not limited in how strong their haki can be trained and developed. I believe that the fear to constantly please and obey Yonkos like Big Mom and Kadio limits the overall power of someones haki because haki is a form of willpower and fear weakens willpower. In saying that I do not believe Yonko crew members are weak just not as strong as there maximum potential. The Straw Hats and fleet do not serve Luffy like most fleets serve there captains, they assist Luffy in his quest to become pirate king, this change in mind set can cause many of the main fighters to develop new attacks and unlock higher levels of haki like with Ussop when unlocked his coO haki.

Sai could improve his dragon drill tech adding the power to his staff gain kings haki like Chinjao.
What if Hakuba is Cavendish’s personal haki demon like the Zoro has and he learned to control him?
Barto could learn to crate more then one barrier and shape them into weapons animals or other shapes..
Others could develop spiritual power up like Sanji’s fire, Brook’s ice, Fishman Karate and unknown tech

Please let me know what you think below