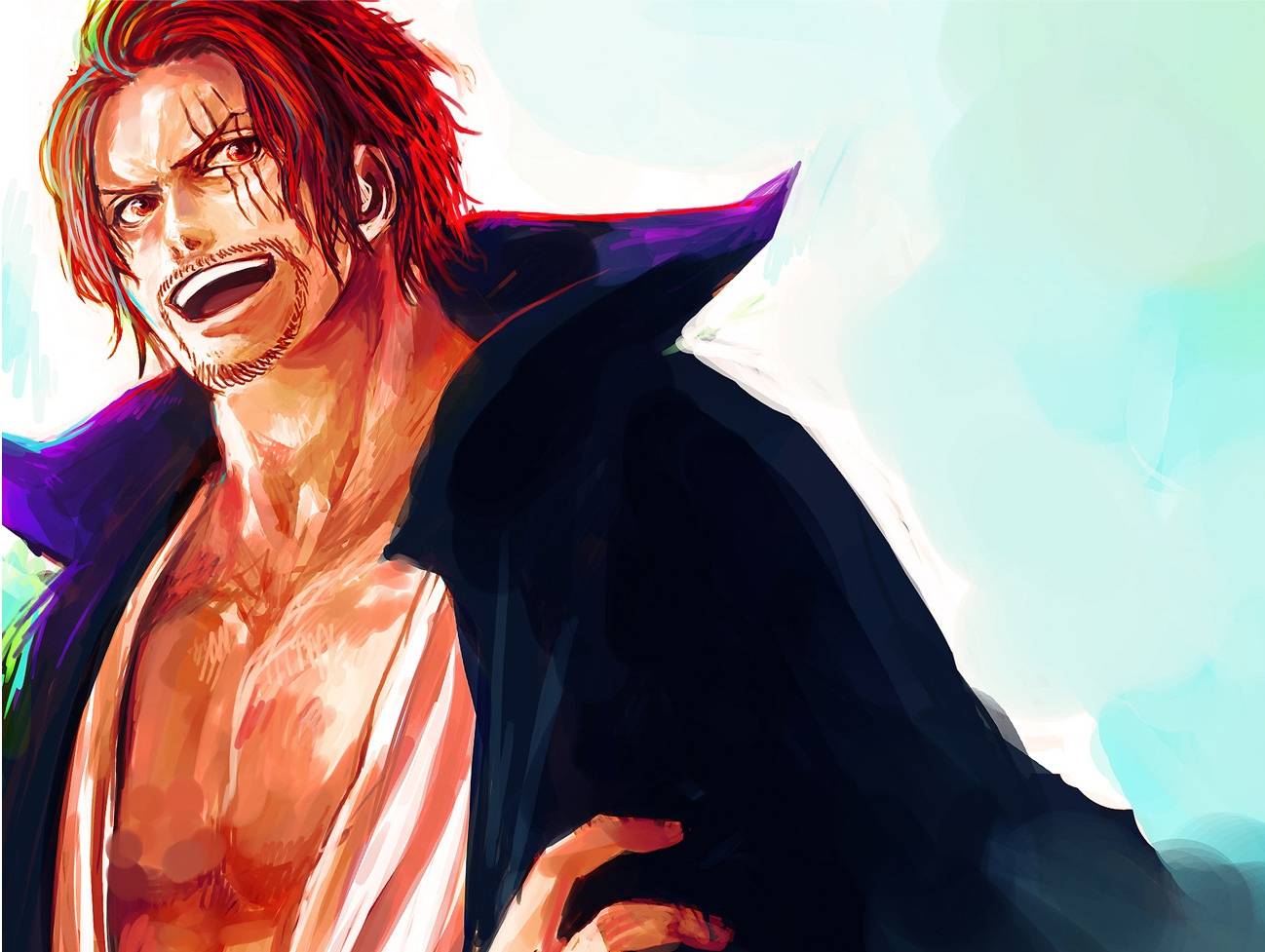 So there has been many speculations as to why Shanks visited Foosha Village, and triggered the fateful encounter with Luffy.

I’ve have read through countless theories, and although some seem plausible, I would like to give my input as to why I believe Shanks went to Dawn Island…..The reason for that being, is that is because that is where Gol D. Rogers body is buried. I also believe Shanks went there for two reasons!

2) Shanks went there to return the Straw Hat to Rogers grave!

Why would Shanks do that though? Roger gave him the Straw Hat for a reason, so why would Shanks go to return it? We will get to that in a minute, but first…..How did Roger’s body get to Dawn Island? Well I believe Garp is the one who brought it there. After Roger was executed, I believe Garp asked Kong (Who was F. Admiral at the time) If he could be allowed to be the one to bury Roger’s body. Since Garp is the “Hero of the Marines” and Roger’s greatest rival, I believe that is more than enough reason for Kong to allow Garp to take Roger’s body….Especially since Kong seems to hold Garp in high regards.

Now onto why Shanks went to Foosha to return the Straw Hat to Roger’s grave….I believe it is because, Roger said the same thing to Shanks, that Shanks said to Luffy when he gave him the Hat. Him and Shanks made a promise that Shanks would take care of his Straw Hat, and to come return it to him, when Shanks has made a name for himself, and became a big named pirate.

That also answers another question that has been on everyones mind…..When did Shanks become a yonko! I believe Shanks became a Yonko right before he went to Foosha Village. After Shanks became a Yonko, he headed to Foosha Village to fullfil his promise to Roger, and thats when he met Luffy! Remember Whitebeards words when him and Shanks talked? About how he was shocked that a man as powerful as Shanks came back from East Blue missing an Arm, and his signature Straw Hat? I think that was a hint Shanks because a Yonko around the time he visited Dawn Island!

I believe he saw Roger’s will in Luffy and the uncanny resemblance that Luffy shared with Roger, and instead of leaving the Straw Hat at Roger’s grave, he decided he was going to leave the Straw Hat, with the kid who he believes inherited Roger’s will, and the man believes Roger was waiting for! In a sense, Shanks has fulfilled his promise to Roger, by returning the Straw Hat to the kid who will one day carry Roger’s will, and in turn, by making the same promise with Luffy, he would ensure that Luffy would follow the path of being a pirate, and fulfill his role that Roger believed he would!

The reason why I hightlight the word promise, is because it is a major theme within One Piece…..And so far every promise we have seen so far, has been linked back to Luffy…..He fulfilled the promise of Calgara to Montblan Noland, by ringing the Golden Bell, signaling to Noland’s ancestor, Cricket the location of Sky island. I believe Luffy will fulfill the promise Joy Boy made to Poseidon, by bringing all the Fishman to the surface via the Noah. So it makes sense that if Shanks made a promise with Roger, that Luffy will be linked to that promise as well!

Fate is also a major theme within One Piece, and I believe Roger was fated to be buried on Dawn Island, which would in turn, bring Shanks to the Island….So in a sense, Roger was in fact the one who found the man he was waiting for, and set him on the path of fulfilling his role of finding Raftel, and the One Piece..