It’s an enhanced version of “Sanzen Sekai”. Zoro delivers massive slashes to his opponent one after another. This technique can be done airbone and is capable of cutting through a large amount of solid stone with ease. This was first used against Pica, slashing several times his giant stone body to lure him out and defeat him with the final slash of the move. When Zoro used this technique he used Haki on his swords to make them more durable and the attack even stronger. Three Thousand Great Thousand Worlds, often shortened to simply Three Thousand Worlds or Great Thousand Worlds, refers to Buddhist cosmology. 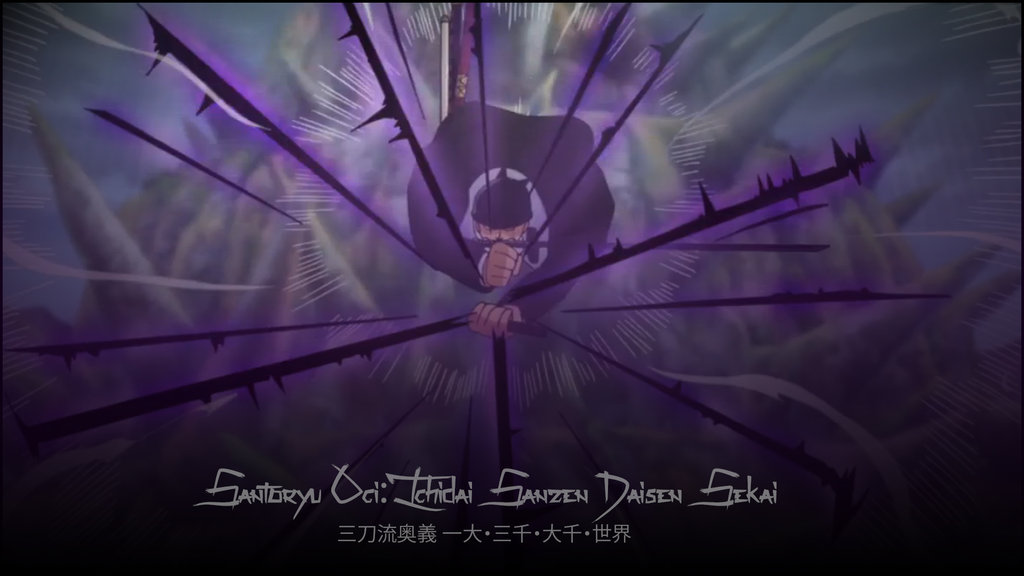